Sip a Cup of Health: The Benefits of Tea 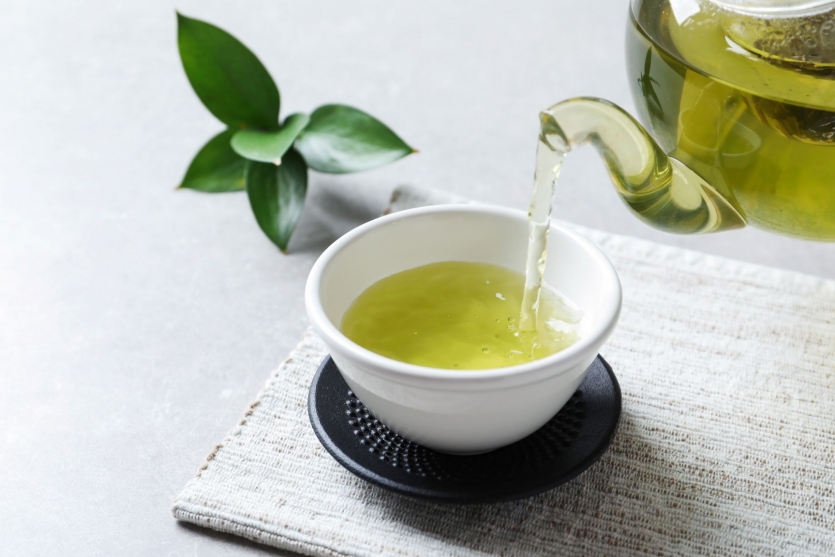 Earl Grey. Masala chai. Matcha. Ceylon. Oolong. The benefits of tea are almost as limitless as the varieties consumed across the globe. Steeping tea leaves has been a cultural staple for thousands of years. This complex beverage lets you enjoy deep, richly diverse flavors, and also reap the powerful health benefits.

Tea is a steeped drink stemming from the Camellia sinensis plant. It originated in China and Southeast Asia, and has evolved into several varieties through its travels across the globe. Variations are derived from how the leaves are processed, and differ in flavor, nutrients, and health benefits.

Tea is rich in micronutrients that can support a variety of body systems. It’s also a safe and efficient source of caffeine to boost your energy. Knowing how to select the tea that’s right for you, and what to avoid, will help you experience the health benefits of tea for yourself.

One Plant, One Hundred Names—A Guide to Tea

Whether you hardly drink tea or practically swim in the stuff, here’s your friendly, in-depth guide to tea. Take a sip of some of these healthy tea favorites:

Green tea is made from leaves quickly heated and dried after harvesting to prevent oxidation. It’s often considered the “true tea” by many, as it’s thought to have originated in China nearly 5,000 years ago.

Green tea is known for having less caffeine and for being exceptionally high in flavonoids (an important type of phytonutrients) that support many body systems. This includes proper heart function.

Black tea is produced by allowing the leaves to fully oxidize during processing. This exposes the plant’s cell walls to oxygen, turning them dark brown. Black tea is considered a Western European style of processing tea, while Asian cultures prefer green tea.

Black tea contains more caffeine than green tea, but not as much as brewed coffee. Although this healthy tea also contains flavonoids that can support immune health, green tea is widely considered to be healthier.

White tea is the least processed variety. Its leaves are harvested before they are fully developed and quickly dried to prevent oxidization. This process results in the most delicate and freshest tea available.

This tea option is exceptionally high in antioxidants and fluoride. It also contains less caffeine than both green and black tea.

Oolong is a traditionally Chinese, partially oxidized tea. And while it has a complex processing system, it is often described as a step between green tea and black tea. Some oolong teas have attributes similar to green tea, while others are almost indistinguishable from black tea.

Herbal teas are not made from Camellia sinensis, so in the purse sense, are not really tea. They derive their flavors and health benefits from other sources. Popular herbal ingredients include: chamomile, peppermint, ginger, cinnamon, rooibos, and several other plant materials.

Still, many herbal teas also contain important antioxidants that can help support your health in a variety of ways.

Traditional teas—especially green tea—owe a number of health benefits to polyphenols. These micronutrients are found in certain plant-based foods. They’re filled with antioxidants that help defend against cell-damaging free radicals and can support digestive, immune, and cardiovascular health.

The polyphenols found in tea, particularly one called Epigallocatechin Gallate (EGCG), have been the focus of much scientific research. This research suggests ECGC is responsible for most of the recorded health benefits of tea, including:

From this evidence, the best way to make the benefits of tea a part of your healthy lifestyle is to choose brews high in polyphenols, especially ECGC. Although it can be difficult to know the exact levels of ECGC in the tea you buy, studies show green tea generally contains the most and black tea the least. To get the most polyphenols and flavonoids, buy teas that are high-quality and fresh.

When the midday slump hits, a lot of people turn to caffeine (coffee, green tea, black tea, or man-made energy drinks) for a quick source of energy. Diet and sleep are certainly the cornerstones of solid energy levels, but life throws a lot at you. And you probably find yourself occasionally outmatched and reaching for more support.

But you don’t want to overdo it. Caffeine is potent, and too much can make you overly anxious and even shaky. A healthy adult shouldn’t consume more than three to four hundred milligrams per day. Some people—including pregnant women, adolescents, and children—are more sensitive to caffeine and will need to limit their intake even more. And remember, high doses of caffeine can lead to a hard crash. So, you may want to spread out your caffeine consumption to smaller amounts throughout the day.

With recent research around tea polyphenols, green tea is becoming widely known as a healthy, safe, and efficient source of caffeine. It may not pack the same punch as black tea or coffee, but it’s high in antioxidant and polyphenol, making green tea a fantastic way to boost a healthy lifestyle with efficient energy.

Health Benefits of Tea at a Glance

The health benefits of tea are as diverse as it is flavorful. But many companies and manufacturers take advantage of this knowledge to sell cheap and unhealthy products.

A lot of pre-brewed teas and iced teas are filled with sugar. Tea lattes and trendy bubble teas are also loaded with sugar and calories. All of these options may seem healthy because they contain tea, but you’re better off to avoid them.

Instead, do what humans have been doing for generations. Put on the kettle, brew yourself some fresh tea, and curl up on the couch to enjoy its delicate flavor and healthy tea benefits. 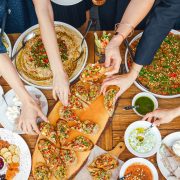 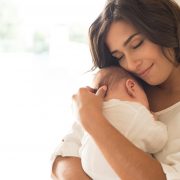 Pregnancy Nutrition- Creating a Foundation for a Healthy Pregnancy and Baby 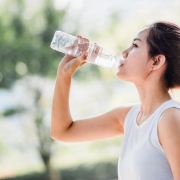 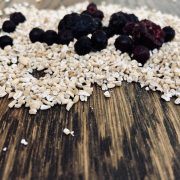 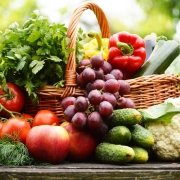 Optimize Your Diet: Adapting Your Eating with the Seasons 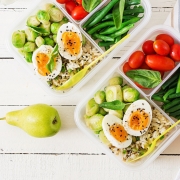 Your Menu for Healthy Eating on the Go

Foods That Fuel You: Understanding the Glycemic Index 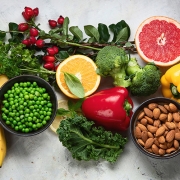 10 Micronutrients that Work the Hardest for Your Health

Breaking Down How Digestive Enzymes Support Your Health
Scroll to top