You, Me, and Everything: A Journey into Cell Anatomy 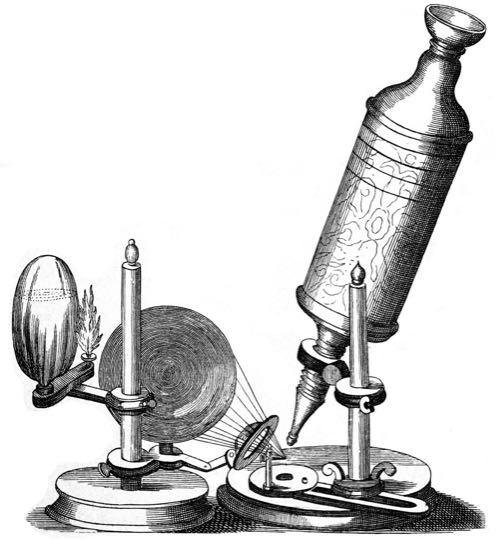 The year is 1665. The Taj Mahal in India was completed 12 years ago. In a little over a year, Isaac Newton will witness an apple falling from a tree, sparking an idea. And somewhere in London, the architect and natural philosopher Robert Hooke places a thin slice of cork into the specimen holder of a microscope. When he looks through the eyepiece, he sees a strange structure.

“I could exceedingly plainly perceive it to be all perforated and porous, much like a honeycomb, but that the pores of it were not regular,” he writes. “These pores, or cells … were indeed the first microscopical pores I ever saw, and perhaps, that were ever seen, for I had not met with any Writer or Person, that had made any mention of them before this.”

Hooke has discovered the cell. Plant cells to be specific. He actually coins the term, writing that they remind him of the cells occupied by Christian monks in a monastery he once visited. These cells are dead though, and his microscope is not powerful enough to see inside the cell. It’s not until 13 years later that someone would see a living cell up close.

Using a more powerful microscope of his own design, Dutch businessman and scientist Antonie van Leeuwenhoek would first observe bacteria and protozoa. He called these single celled organisms animalcules, Latin for “little animals.”

Hooke is long gone now, buried somewhere in the City of London Cemetery. He took the first steps towards what is now refer to as cell theory. This is the understanding that every living organism on the planet is composed of one or more cells.

The Two Different Types of Cells

Cells can be split into two main types—prokaryotes and eukaryotes.

The cells that exist in plants and animals are called eukaryotes. This type can be either single-celled or multicellular.

But what makes up a eukaryotic animal cell? If you could shrink down to the size of the cell, and even smaller, what would you see?

Imagine you’re getting smaller and smaller. The world around you gets larger and larger, eventually blurring out of view. As you shrink, you start to focus in on a group of structures, like the little cages that Hooke witnessed long ago.

Soon enough you come to one cell in particular. Now, some cells are more complex on the outside and have accessories other cells lack. Microvilli are one such feature.

Microvilli extend like fingers from the surface of the cell, and are important in the absorption of nutrients. They also greatly increase the surface area of the cell without affecting its overall size.

Cilia extend even further than microvilli, and can actually push different substances along the surface of the cell.

Then there is the flagellum, which is a thin, tail-like structure that can actually propel an entire cell, enabling it to swim! 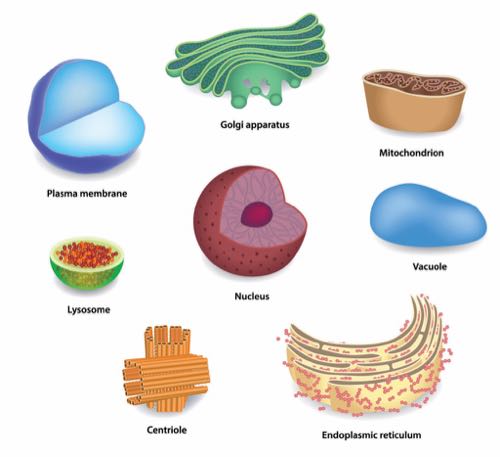 All cells rely on the all-important plasma membrane. This acts like a fence, keeping the contents of the cell together while also letting food and nutrients pass through.

The plasma membrane is made up of a double layer of fatty acids called phospholipids. These fatty acid molecules have a head and a tail. The head is what is called ‘hydrophilic,’ meaning it’s attracted to water. The tail, meanwhile, is hydrophobic—repelled by water. This combination of head and tail is what makes the structure and function of the cell membrane possible.

As you get smaller, you pass through the plasma membrane, and journey into the cell. Briefly, you can see the double layer of phospholipids, like a zipper held fast by the chemical attractions of their hydrophobic tails.

Once fully inside the cell, you encounter a medium called the cytoplasm. It contains a substance rich in amino acids and potassium, called cytosol. This solution is also referred to as intracellular fluid.

You can also make out a network of what looks like webs or scaffolding. This is the cytoskeleton. It provides structural support and allows the movement of materials inside the cell. The cytoskeleton is made up of three different types of protein fibers called microfilaments, intermediate filaments, and microtubules.

Microfilaments are the smallest of the three, made of twisted strands of proteins that can be pulled together to shorten the cell. This occurs often in muscle cells, and aids in their ability to contract.

Intermediate filaments are twisted strands of proteins that mainly provide framework for the cell and help hold it together.

Microtubules have a spiral shape. When put together, they form a hollow cylinder. These cylinders help maintain cell shape and move organelles (another name for cell parts) within the cell.

They form what is called the centrosome. The centrosome is made up of structures called centrioles which organize microtubules and provide an additional framework for the cell. They also aid in the separation process during cell division.

Between the cytoplasm and the cytoskeleton, you can see the primary support framework of the cell. You can also see several strange-looking structures. These are the organelles. These important cell parts all have specific functions they carry out. 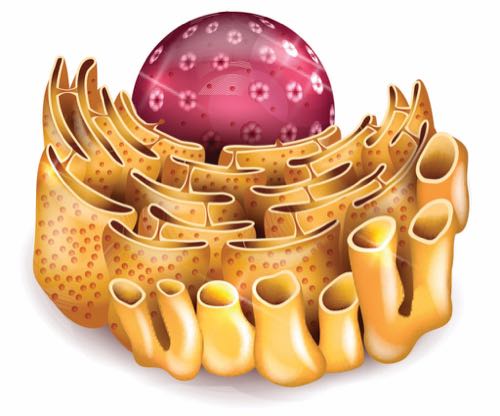 The first structure you can see looks like a collection of several long, thin caverns. These are the endoplasmic reticulum (ER). There two different types of ERs.

The first is the rough ER, which extends from the nucleus and has ribosomes attached to the outside of its membrane, giving it a rough appearance. These ribosomes produce what are called polypeptide chains. That’s just a fancy way to say proteins. The proteins created by ribosomes are released into the ER, where they are processed and prepared for release into the cell. When released, the proteins are transported inside enclosed membrane sacks called transport vesicles that pinch off from the rough ER.

It’s important to note that ribosomes are not organelles. They are vital to cells, though. That’s because they’re the protein-producing factories. They can either be floating in cytosol en route to somewhere else in the cell, or attached to the rough ER. Ribosomes are comprised of two components called the small and large subunits. The small subunits read the ribonucleic acid (RNA), which contain instructions on how to assemble the amino acids into polypeptide chains. The large subunit does the heavy lifting of actually assembling the polypeptide chains.

Next you see the smooth ER. This is another organelle with a membrane, but it doesn’t have ribosomes, hence the “smooth” moniker. The smooth ER contains enzymes that alter polypeptides, produce lipids and carbohydrates, and destroy toxins. Most of the lipids and cholesterol that make up cell membranes are made in the smooth ER.

It looks like a group of larger and larger cisterns expanding out from its center. Transport vesicles deliver proteins to the Golgi apparatus from the ER. As the proteins move throughout the cisterns of the Golgi, they are modified. This can happen by adding or rearranging molecules with different enzymes. Sometimes carbohydrates are added to form what are called glycoproteins.

After moving through the last cistern, proteins are cordoned off in a different vesicle called the secretory vesicle. Most of these proteins are directed toward the plasma membrane. They either become part of the membrane, or are released outside of the cell.

The Golgi is fundamental in the production of lysosomes. These are vesicles that pinch off from the Golgi apparatus and function as the garbage trucks of the cell. Lysosomes are enclosed by a membrane and contain digestive enzymes that pick up cellular waste or defective organelles to be recycled or converted to waste. They are also vital in protecting the cell from bacteria and viruses.

Passing out of the Golgi apparatus, you come across the proteasomes. These organelles manage the existing proteins in the cell. They are found throughout the cytoplasm. Proteasomes break down abnormal or misfolded proteins and normal proteins the cell doesn’t need anymore.

Another protein called ubiquitin is placed on the proteins marked for recycling by enzymes in the cytoplasm. The targeted proteins are then pulled into the proteasomes and broken down by a process called proteolysis. In this process, the peptide bonds of the proteins are broken. The leftover peptide chains and amino acids are then released into the cell to be recycled.

They have a membrane, and are also pinched off from the ER. Peroxisomes are responsible for breaking down long-chain fatty acids and amino acids. In this process, they can produce the byproduct hydrogen peroxide, which can be dangerous to the cell because it can react with many substances. Because of this, peroxisomes also carry an enzyme that converts hydrogen peroxide into water and oxygen. Talk about cleaning up after yourself!

Once past the peroxisomes, you spot a baked-bean-shaped organelle called a mitochondrion (when there are many, they’re called mitochondria). These are the hyper-efficient power plants of the cell. They take food particles brought into the cell and convert it to a molecule called adenosine triphosphate, or ATP. This is known as the “currency” of the cell. ATP is capable of storing and transferring energy to other parts of the cell.

Mitochondria have both an inner and outer membrane, and their numbers can vary depending on the type of cell. Typically, the more active a cell is, the more mitochondrion it will contain. Liver cells, for example, contain thousands of mitochondria. In the cells that make up your muscles, aerobic activity can actually increase the number of mitochondria. No wonder you have more energy when you exercise frequently. 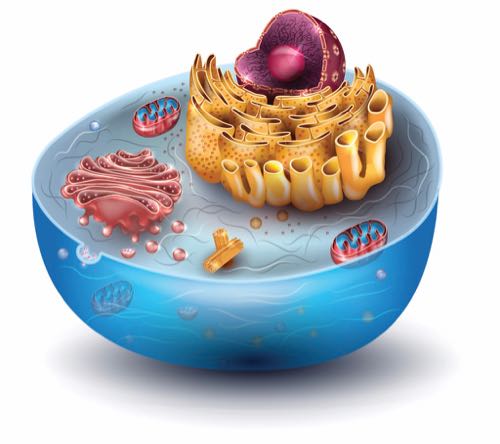 Finally, you arrive at the nucleus. The largest of all the structures in the cell, the nucleus has two membranes forming what is called the nuclear envelope.

Along with small pores on the surface of the membrane, this envelope encloses the nucleoplasm. While the nuclear envelope functions as a wall, the pores act as a gate that lets certain molecules in and out of the nucleus. Nucleoplasm is similar to the cytoplasm of the cell. It is a syrupy substance that suspends the structures contained within the nuclear membrane.

Suspended in the nucleoplasm is the nucleolus. It is comprised of deoxyribonucleic acid (DNA), RNA, and protein. The nucleolus is the birthplace of ribosomes, which, remember, make proteins vital to the functioning of healthy cells.

As you get smaller, you can start to make out the twisted double-helix structure of the cell’s DNA. You reach out, trying to touch it, closer and closer, smaller and smaller. And finally, you make contact. In a flash, you return to your previous size, not sure whether or not you actually touched what you were reaching for.

Somewhere in the grassy fields of the City of London cemetery, the first light of a brand-new day strikes a freshly germinated seed of grass. The cells of that seed, enriched by the good earth and sun, divide and divide, sending forth a tiny shoot into the cool morning air. 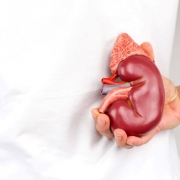 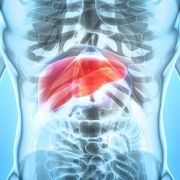 To Know It is to Love It—Facts About the Liver 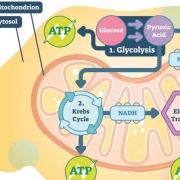 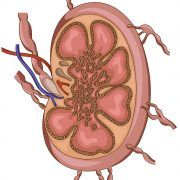 What is the Lymphatic System? 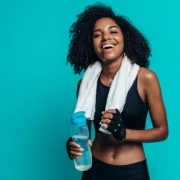 The Role of Exercise in Detox: Discover the Truth About Sweating It Out 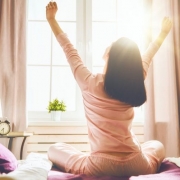 Making Sense of Your Five Senses 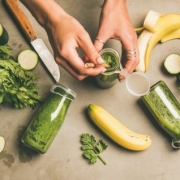 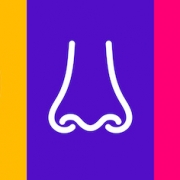 Skinned Knees and Elbows: How to Raise Resilient Children
Scroll to top