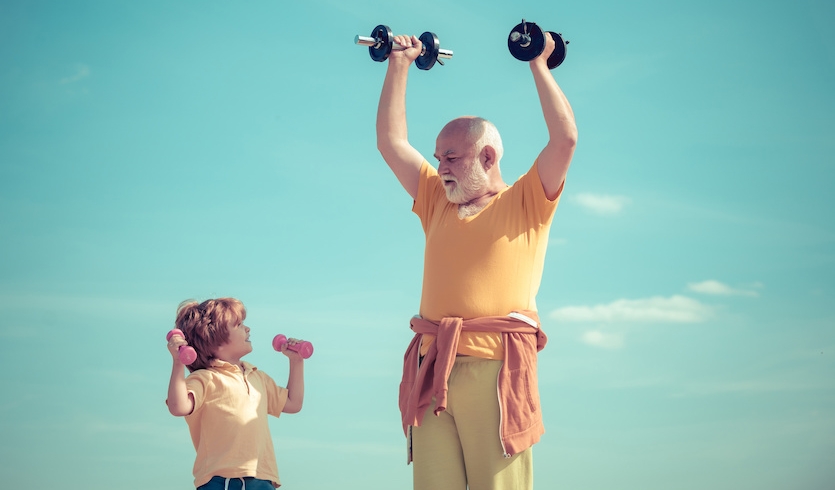 Everybody gets older—it’s just a fact of life. At different ages, however, aging can have different connotations. Throughout infancy, childhood, and adolescence, aging means growth—both physical and emotional.

But what does aging entail once you’re an adult? Early adulthood is typically when your body is in peak physical form. Naturally, this doesn’t last forever. So, as you move from early adulthood into middle age and on, you’ll likely notice gradual changes in how your body feels and what it can do.

Unfortunately, there’s no stopping these changes. But there are theories of aging that try to answer that difficult question: why do people age?

The answers you’ll read below can help provide background knowledge you can use to set yourself up to age as comfortably as possible. And a great place to start is the what, why, and how of aging. What should you expect as you age? Why do these changes occur? And how can you deal with them as they come?

Why Do People Age?

Aging is an incredibly complex process that scientists still do not fully understand. As such, there’s no easy answer as to why humans age. Here’s what is known: the cells in the body wear out over time. Their functionality decreases and their structure deteriorates. Scientists attribute this decline to a combination of factors sorted into two categories: intrinsic and extrinsic.

Although it rarely comes up in conversation, the distinction between intrinsic and extrinsic aging is something most people are already aware of—they just don’t realize it. A middle-aged smoker might remark that they “have the lungs of an 80-year-old.” People would understand that statement because most are already aware that external—or extrinsic—factors can influence the aging process.

Think back to that first question: why do people age? You now know aging is the gradual breakdown or deterioration of the cells in the body. This process happens naturally but can be sped up through a variety of external factors.

That’s a pretty simple concept, but this explanation does bring up another question, though. Why do the cells in the body naturally deteriorate? It’s not a process that benefits individuals. Most detrimental processes are weeded out through thousands of years of natural selection. So why haven’t humans evolved to have endlessly healthy cells? This is where the different theories of aging come in.

Explaining the Theories of Aging

There’s no scientific consensus around how or why the cells in the human body gradually and inevitably deteriorate. There are factors known to speed the aging process up, but there aren’t any proven methods for slowing the aging process beyond its natural rate.

This leaves a big question: why?

Scientists’ answers to this enigma fall into one of three categories: program, damage, or combined theories of aging. As you read about each theory of aging, remember that they offer possible explanations for humans’ limited lifespan, but no conclusive answer.

A deep dive into the science of aging, though interesting, can sometimes shift the discussion too far from the effects of aging. Your cells deteriorate each day—that’s what aging is. But what impact does that have on your lived experience?

The effects of aging are perhaps best summed up by a common phrase. When describing an older relative or friend, you might say they are “slowing down.” And there’s a lot of truth in that statement. The aging process causes the body to operate less effectively and efficiently than before. This affects various body systems and processes. Whether it’s bouncing back from an injury, building muscle, or even moving around, everything gradually slows down.

The aging process is often described in five chronological stages or phases:

How to Deal With Aging

If there’s one fact that you’ll need to get comfortable with, it’s that you’re going to age. There’s nothing you can do to stop it. You can, however, take steps to make aging as comfortable as possible.

To do this, go back to the basics of a healthy lifestyle:

These lifestyle habits will help you continue to maintain normal levels of oxidative stress on your cells. And, in turn, you’ll help keep your biological age in line with your chronological age.

Additionally, consider ways to support your cellular health. Since aging is the deterioration of your cells, taking care of your cells is just about the best way to optimize aging as much as possible.

Beyond practicing healthy lifestyle habits, take the time to be mindful of the present. Each stage of life has its joys and setbacks. Take them as they come and enjoy wherever you happen to find yourself in the aging process! 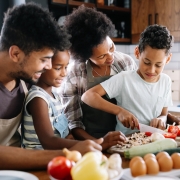 Nutrition by Age: Satisfy Nutritional Needs to Stay Healthy at Each Stage of Life 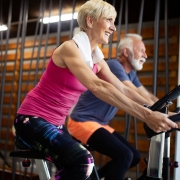 Adolescent Health 101: 8 Tips for Staying Healthy as a Child and Teen