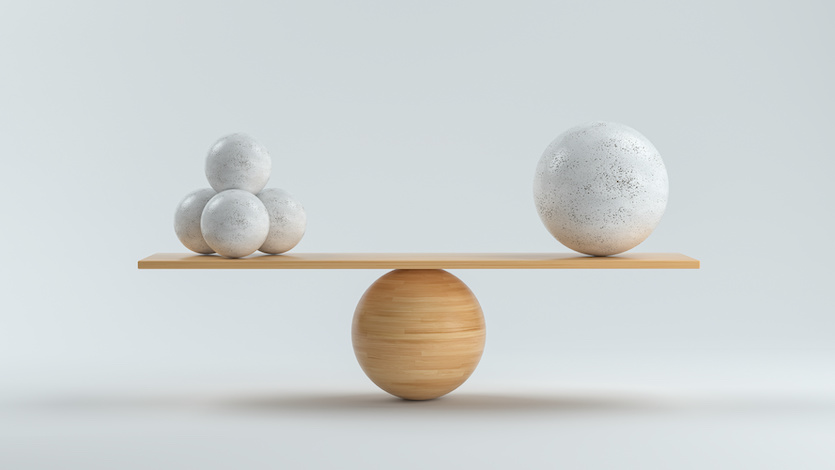 Imagine a fire breaks out at a local restaurant. Maybe one of the line cooks forgot to turn the burner off before closing for the night. The smoke detector gets activated. The alarm starts blaring and, in a few seconds, the sprinkler system turns on and puts out the fire.

This is an example of a response system. Emergency response, in this case, but your cells do a similar thing on a physiological level constantly. It’s called homeostasis. Homeostasis is a broad network of physiological responses that keep your body in balance or bring you back to balance when trouble arises. In a groundbreaking new study, USANA scientists demonstrate how response pathways in the body can be utilized for preventative health and building resilience to different kinds of stressors. It’s called, “Modulating Homeostatic Signaling,” or simply, MHS.

Over the years, scientists have learned a lot about the different response mechanisms of homeostasis. One of the key actors in any homeostasis response is called the “sensor.” These are cellular proteins that act like a smoke detector. When they sense an imbalance, the sensors send out a signal to other cells or proteins that can respond to the trouble.

These various responses do much more than putting out fires. They’re powerful enough to support each body system, build resilience to stress, and optimize health in many ways. But when a homeostasis response is triggered, it means a stressor is likely causing damage. Think back to the example you read above—a fire damages a building even if the sprinkler system puts the fire out.

The MHS model targets the sensor of a given homeostasis pathway and triggers a physiological response without the actual stress to the body. Initiating homeostasis responses in this way allows people to gain all the health benefits from this physiological network, without taking on any of the damage from actual stressors. MHS utilizes the body’s natural system of homeostasis to build resilience to stress, and help the body maintain balance.

Science’s understanding of how homeostasis works has completely evolved over the last 100 years. The idea was first described by Walter Cannon in 1932 as, “equilibrating responses to environmental stimuli.”

Later, researchers began to identify some of the internal and environmental stressors that initiate homeostasis responses.

Today, much more is known about the “equilibrating responses” responsible for bringing you back to balance when stressors (like those above) arise. Scientists also know what these responses look like all the way down to the cellular and molecular level. Autophagy, antioxidant defense, and DNA damage response (DDR) are just a few examples of the homeostasis responses that are now well documented in scientific literature.

This newfound understanding of our internal physiology provides a unique opportunity. USANA Scientist, and an author of the new study, Dr. Jeremy Tian, says we now understand enough about these mechanisms to be able to manipulate homeostasis ourselves in order to enhance human health.

Modern science has identified a host of compounds, natural ingredients, behaviors, foods, phytocompounds, and other interventions that trigger the responsive processes of homeostasis. All these options (and many more yet to be discovered) are the basis of MHS. These interventions act like a substitute for real stressors. They trigger the sensor of a given homeostasis response safely.

Instead of a military fort preparing for war during an incoming invasion, MHS is like the base commander telling his soldiers to strengthen their defenses and prepare even though the fort isn’t being attacked or sustaining damage.

Synergy Between Eastern and Western Approaches to Health

There are a variety of approaches to health and medicine. Traditional Chinese Medicine (TCM), pharmaceutical drugs, and holistic medicine are just a few examples. Each of these models have their own theory about how to maintain the balance of biological systems and support homeostasis.

The pharmacological approach, for example, uses a medicine to target a single molecule that produces a desired effect. TCM stems from a very different philosophy. Balance between yin and yang is seen as a core quality of the universe and everything in it. Qi is the vital energy that maintains that balance, and “Qi tonics” help restore harmony between yin and yang when a deficiency of Qi makes the body vulnerable to illness and disease.

As it turns out, the philosophy behind TCM is consistent with the Second Thermodynamic Law. It’s also consistent with the concept of homeostasis, and there is quite a bit of overlap between TCM and the MHS model. This synergy between Eastern and Western health approaches gives MHS some key advantages.

One of the biggest is that it is preventative in nature. The MHS approach is all about building resilience to lower your risk for health concerns.

Another advantage is that it works within the body’s natural system of balance. Some pharmaceutical drugs are so overwhelming at the cellular level that they take your body out of balance in one way or another. That’s what side effects are. But MHS doesn’t rely on a drug to produce powerful benefits for your health. It utilizes your body’s natural physiology. MHS initiates the process, but your cells take it from there. This approach builds up healthy resilience with fewer side effects.

USANA Health Sciences on the Frontline of Research

The researchers identified dozens of examples of MHS interventions for a variety of health concerns. But more research would strengthen this model. There are many more interventions that could be explored. And many homeostasis responses have yet to be discovered.

As scientists learn more, the opportunities for optimizing health and building resilience through homeostasis will only grow. Research like this is deeply needed to pave the way for more holistic, balanced solutions for health.