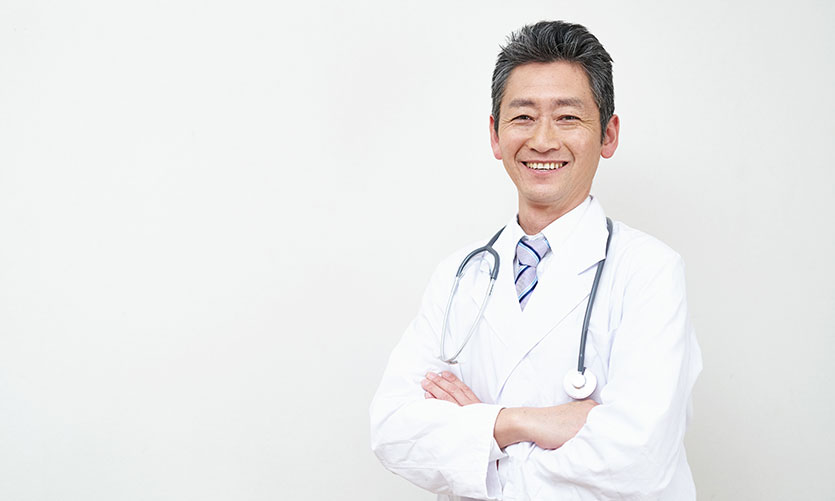 The world seems to grow smaller every day. Fashion, food, entertainment—all are influenced by cultures around the globe. The same is true for health. Eastern approaches to holistic wellness, like Traditional Chinese Medicine (TCM), have crossed Western borders as health enthusiasts look for novel ideas for achieving optimal well-being.

The bright minds at USANA Health Sciences are leading the way into this uncharted territory with a pioneering study. The outcome of this research creates a new map for exploring ways to unite traditional Eastern philosophies with Western scientific practices.

Mixing TCM with Western thinking doesn’t come without some culture clashes. Western medicine usually relies on factors that can be measured and managed. TCM has focused on mental, physical, and spiritual forces that are often unseen but work together to create wellness as a whole.

People in Western cultures, which rely primarily on evidence-based science, may find it difficult to accept the positive impacts of TCM practices without the backing of measurable data. And designing studies that bridge the two cultures is a challenge.

But USANA scientists have shown it’s not impossible. This article summarizes a recent paper published in the European Journal of Integrative Medicine, which explores the groundbreaking work carried out by USANA’s research and development team.

This is important early research that could have far-reaching impacts on the field of TCM study. Approaches like those developed by USANA lay a path for Eastern or Western practitioners to make TCM recommendations grounded in clinically rigorous research. And to create a richer, more science-based holistic standard for total body wellness in every culture.

A visit to a Traditional Chinese Medicine (TCM) practitioner will often include four types of analysis: inspection, auscultation (listening to various organs), inquiry/questioning, and palpation (feeling with the fingers/hands). After considering all of these factors, a subjective diagnosis will be made.

The key word is subjective. The customary way someone is diagnosed with a TCM-related condition is based on the opinions of a single TCM practitioner. There are no objective measures used. And references to clinical studies or statistical analyses are rare.

Creating a more common criteria from which TCM practitioners can assess their clients would help ensure more consistent care. And for TCM practices to be measured scientifically, more objective methods that produce reliable, replicable, and non-biased results are needed.

There are many conditions and criteria considered by TCM practitioners. So, to begin creating an objective standard, USANA scientists first chose the condition to target with a new protocol: Protective Qi Deficiency (PQD).

Qi is a vital life force that flows through the body. There are several types, but protective qi is similar to innate immunity. It is considered a shield against evils. And deficiency of this type of qi is thought to predispose a person to invasion by pathogens.

Once researchers settled on PQD, they collected and defined potential factors associated with the condition to study. They started by reviewing published research, ancient TCM scriptures, and more modern TCM diagnostic guidelines. The researchers also consulted with TCM experts.

The list of PQD risks was eventually refined to 13 parameters. USANA researchers next developed an algorithm based on statistical models that included these parameters in an experimental protocol. Then they put the protocol to the test.

USANA’s TCM study included a total of 207 participants, ages 18 to 65. They were broken into two separate groups. This was so researchers could first compile a data set that would narrow down the list of risk parameters to those truly significant in diagnosing PQD. Then the data from a second group was used to validate the final protocol for accuracy and consistency.

There were 151 participants in the first group. Every participant was examined by one of three highly trained TCM practitioners, each with 25+ years of experience. Each session consisted of two types of evaluation for PQD: a traditional and an experimental protocol.

Researchers used the data from group one to refine their initial PQD risk algorithm. The revised version was then assessed by an expert panel of six TCM practitioners from different geographic locations.

These practitioners were independent and not otherwise involved in the study. They were also unknown to each other. So, there was no opportunity for one practitioner to influence the opinions of the others.

Each independent practitioner returned their recommendations. And USANA researchers then modified the risk-scoring algorithm. Revisions continued until an acceptable level of agreement was reached by all.

The final algorithm was narrowed down from 13 to eight measures that played a major role in the diagnosis of Protective Qi Deficiency. They were as follows:

Each of the measures were weighted differently. The strongest predictors of PQD were found to be Cun pulse, cold frequency, or tongue appearance. However, diagnosis was less accurate if only one measure was examined. All eight needed to be considered to achieve the most consistent and accurate risk score for PQD.

The first phase of the study was completed and the scoring for the algorithm was refined. The next step in the process was using data from the second group of participants to validate it.

Fifty-six individuals were examined for PQD. This time, every participant was interviewed by all three Traditional Chinese Medicine practitioners (the same as those who examined group one). And once again, each session used two methods of evaluation: the traditional and experimental protocol.

The data from all of the sessions was cross-examined by USANA researchers and statistical models were applied to evaluate the accuracy of the PQD-risk score. They found the experimental scoring system’s ratio for correct predictions ranged from 94.2 to 98.2 percent. This indicates that the risk score was very accurate.

And it was repeatedly accurate.

Agreement can increase up to 85 percent if the symptoms are discussed between practitioners ahead of time. However, USANA’s experimental risk scoring system was still superior.

When the TCM practitioners used the new algorithm, agreement among all three was 99.3 percent or greater. This outcome shows USANA’s scoring system results in a high degree of consistency when assessing PQD.

Accuracy and consistency are key. They’re necessary for creating more robust and relevant outcomes for those using TCM. And they’re also essential for aiding the scientific community in designing rigorous TCM-based clinical trials.

Advancements in nutritional science requires trailblazers with innovative and creative ways of thinking. The USANA Traditional Chinese Medicine study marries Western approaches to research with Eastern approaches to well-being. It’s an exciting step in creating a new template for moving the science of holistic health and wellness forward. The study helps break down borders between past traditions and modern science, blazing a path to creating better, proven health outcomes for all.