USANA® CopaPrime+™ Study Shows Improved Cognitive Function After Only One Use 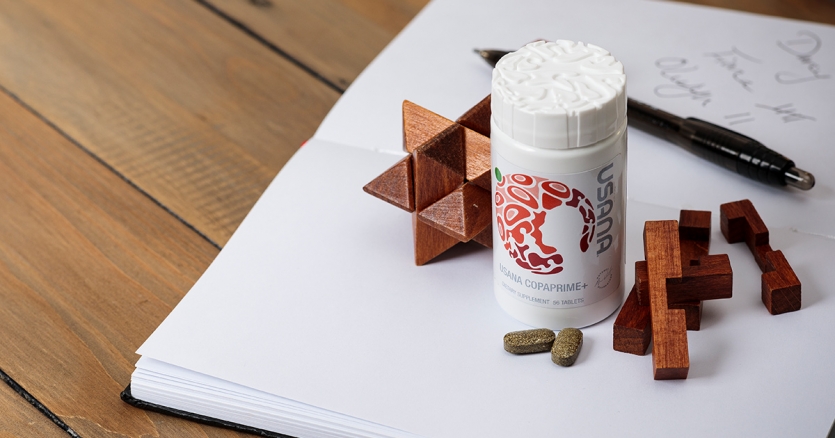 The old adage “knowledge is power” has never been more relevant. In today’s knowledge economy, your cognitive function is one of the most valuable assets you have. Being able to learn, understand, and connect concepts is essential to creating the new ideas that drive success in the modern world. A recent CopaPrime+ study shows USANA’s unique cognitive-support supplement can help.*

The demand to keep learning so you can excel at daily mental tasks has led to a growing interest in brain-optimizing compounds known as “nootropics.” Individually, some of the most promising plant extracts for optimizing brain function have been American ginseng, bacopa monnieri, and coffee-fruit extract. These three nootropics are combined in USANA CopaPrime+.*

A new double-blind, placebo-controlled study assessed the effectiveness of the CopaPrime+ formula. And the results have been published (November 2019) in the journal Nutritional Neuroscience.

This is an exciting outcome that demonstrates combining three powerful nootropics in USANA’s CopaPrime+ formula is highly effective for supporting peak mental performance.*

Let’s take a closer look at the study.

A growing body of evidence supports the use of nootropics to aid healthy brain function. Researchers wanted to look at the effects of a combined formula. So, USANA provided CopaPrime+ to determine what effects could be expected from such a formula after a single dose. CopaPrime+ is a unique combination of American ginseng, bacopa monnieri, and coffee-fruit extracts.*

Forty healthy participants were enrolled in the study and randomized into a treatment or control group. They didn’t eat or drink (other than non-stimulating beverages) for two hours before the study. Upon arrival at the testing center, participants answered questions regarding their state-of-mind and had blood drawn to ensure healthy blood glucose levels. These measures were repeated four times during the two-hour study period.

The participants completed a variety of tests before taking two tablets of CopaPrime+ to establish a baseline. As they took the tests, images were taken of the activity in their prefrontal cortex—the part of the brain used for complex cognitive behavior and decision making. Then participants re-took the tests, with concurrent brain imaging, 45 minutes later.

After eliminating confounding factors, there were significant differences in the group supplemented with CopaPrime+ in three areas: 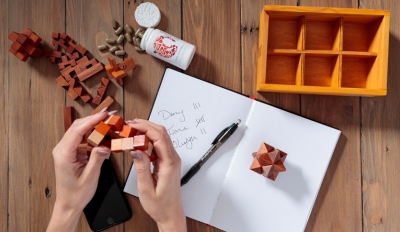 One of the tests in the study measured something called working memory. This is a type of short-term memory. It involves remembering a small amount of information for a short time and retaining it long enough to interact with it in some way. For example: when you read a sentence, you have to remember what came at the beginning, so that whatever comes at the end makes sense.

It seems simple. But the ability to put information together is critical for everyday life. Finding your car. Doing math in your head. Understanding a report at work. All of these tasks, and many more, rely on your working memory. This type of memory is important for decision making, problem solving, and reasoning. It is often associated with attention, completing tasks, and academic performance.

Working memory is tested using an N-back task. “N” stands for a number, which varies depending on the study protocol. The current study included 1-back, 2-back, and 3-back tasks.

Here’s how it works.

This task used letters A to J, with a correct match appearing 25 percent of the time. Each sequence of letters was on-screen for 500 milliseconds (half of a second), with 1,500 milliseconds (1.5 seconds) between sets. The two-second total speed makes the N-back task considerably more cognitively demanding than if more time were allotted. (Try the N-back task for yourself.)

When participants saw a correct match, they pressed a spacebar on a keyboard. If they did not select an answer within two seconds, their answer was left blank.

Those who consumed CopaPrime+ improved on the 1-, 2-, and 3-back tasks in all measured criteria (time, accuracy, and error rate). The measures with the most statistical significance were the following:

The results indicate that CopaPrime+ offers positive benefits on working memory, which is related to many aspects of thinking and learning.*

Looking at CopaPrime+’s Effect on Attention

Researchers determined selective attention (the ability to select what you focus on) by employing one of the most well-known observations in psychology: the Stroop effect. The effect is easily understood when the task used to test it is explained.

Participants in this study undertook two versions of the Stroop task:

Thirty different word/color combinations were presented. Participants were asked to indicate what color the text was (not what it said). The words stayed on-screen until a key on the keyboard labeled with the color that matched the color of the text was selected. Researchers measured the time it took for a response. (You can try the Stroop task, too.)

Participants who consumed the supplement showed faster response times on the congruent Stroop task than the placebo group. So, this suggests CopaPrime+ may help you think and focus faster. *

Faster speed of attention is valuable for helping you be more effective during daily tasks. Being able to focus your attention swiftly and maintain accuracy will allow you to switch tasks with a lower time-cost. This could help you quickly ease into the flow of work and be less prone to distraction. 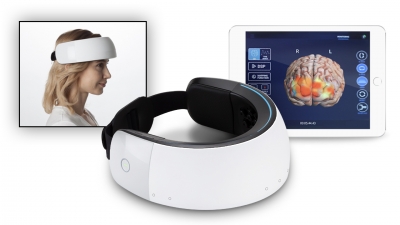 As participants took the tests in this study, their brain activity was imaged using functional near-infrared spectroscopy (fNIRS). This is a non-invasive method for looking at specific kinds of blood flow in targeted areas of the brain.

The participant wears a monitor on their forehead. And changes in blood flow are detected by measuring differences in infrared light (a form of light waves the human eye can’t see and that can pass through skin and bone). In simple terms, variances are caused by changes in how much oxygen is in the blood or in total blood volume.

A particular fNIRS measurement stood out in the study. During one of the most cognitively demanding tests—the 3-back task—researchers observed “reduced activation of the prefrontal cortex related to effortful mental demand” in those who consumed CopaPrime+.

At first, the above sentence may sound negative. Reduced activation in the brain doesn’t sound good! But in actuality, these changes in activity relate to the level of workload happening in the brain.

Having a workload that is too high (or too low) can cause a decline in cognitive performance. The reduced activation pattern observed in this study reflects a decrease in workload. Or, put another way, an increase in cognitive efficiency.

On a related note, a more efficient brain generally has better performance in working memory. So, the fNIRS results provide a glimpse into biological activity behind how CopaPrime+ might work to boost brain power. (This is an additional functional benefit beyond what is provided by the InCelligence Cognitive-Support Complex. The blend of bacopa and coffee-fruit targets cell-signaling pathways that optimize brain-derived neurotropic factor [BDNF]—a cognitive protein—in the brain.)

The CopaPrime+ Study is Science You Can Use 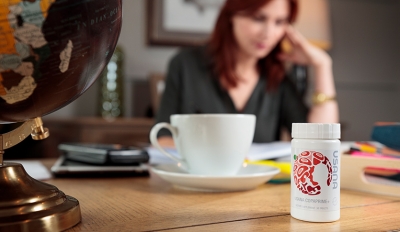 Life comes at you fast. And thanks to distractions coming from all sides, your brain has more demands on it than ever. The CopaPrime+ study shows the supplement can help you experience greater accuracy in your thinking and faster focus, with less of a drain on your mental capacity. *

And that’s after only one use. Research on the individual ingredients has demonstrated even greater benefits when used over time. So, add CopaPrime+ to your daily supplement routine. It’s scientifically shown to help you get the most out of your mental performance every day. *

*These statements have not been evaluated by the Food & Drug Administration. This product is not intended to diagnose, treat, cure, or prevent any disease.

Your USANA Guide to a Healthy Pregnancy