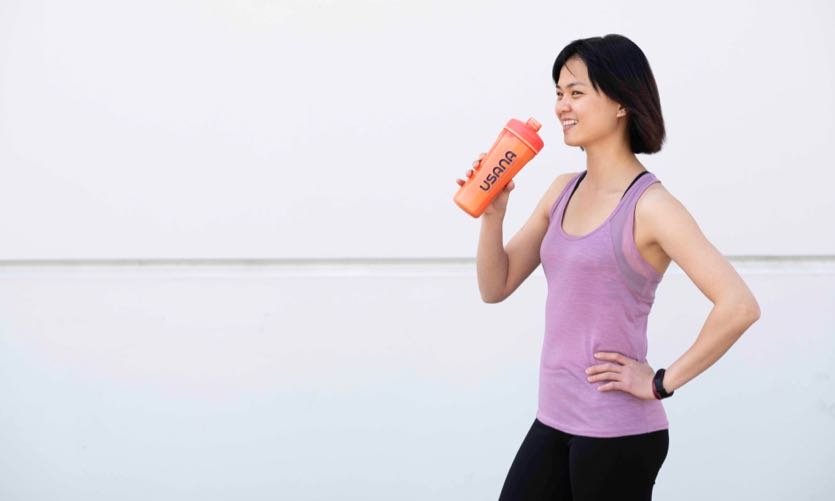 In 2017, USANA funded a China Nutrimeal and Fibergy study. It was conducted on Chinese product formulas by researchers at the School of Public Health in Beijing, China. Two papers, co-authored by members of USANA’s scientific team, have been published on the study—one in the “Journal of Obesity” and the second in “Nutrition & Metabolism.”

Some diet types may not be so sensible. They might require replacing all or most meals. Or extreme calorie restriction. And while it’s possible to maintain this practice for a short time, a longer-term solution is needed to sustain weight loss. This was the reasoning behind the design of the China Nutrimeal and Fibergy study.

Researchers hypothesized replacing only one meal each day would be easier for the Chinese study participants to sustain. And it would cut enough calories to gradually add up to a meaningful change. So, they asked participants to replace dinner each day with a shake made from Chinese formulas of USANA Nutrimeal and Fibergy. Each shake contained 22.6 grams of protein, 11.1 grams of fat, 39.3 grams of carbohydrate, 20.9 grams of dietary fiber, and 388 calories.

Other than the daily shake, participants continued to eat the same as before.

After 12 weeks, 174 participants completed the study—91 percent of the original 192 who were included. This high percentage of completion demonstrates the intervention was sustainable for most people.

A number of body-composition measures were taken at the beginning and end of the study. Those who consumed the meal replacement shake for 12 weeks experienced the most significant improvements in the following (on average, results varied by individual):

Losing 4.3 percent of body weight in 12 weeks is a smart, safe rate of weight loss. Generally, those who lose weight gradually, but steadily, are more successful at keeping weight off. And even modest weight loss of five to 10 percent can mean big benefits.

As noted above, Chinese participants in the 12-week China Nutrimeal and Fibergy study had meaningful reductions in waist circumference and body fat mass.

Reducing waist circumference and body fat, especially visceral fat (the fat in the abdomen), have both been strongly tied to maintained cardiovascular health. Waist circumference is important because it is an indicator of intra-abdominal fat—the fat that accumulates around organs. Too much intra-abdominal fat has been directly linked to cardiovascular risks.

The benefits of reduced body size were detectable. Researchers looked at the outcomes of 168 participants and found significant support for healthy blood pressure in men. Blood-pressure benefits were not as clear for women. One explanation for this difference could be the fact women maintained but didn’t lose as much visceral fat as men (among other possible reasons).

However, those results don’t mean the shakes weren’t beneficial for both genders.

The shakes made from the Chinese product formulas measurably helped Chinese participants maintain current levels of fat better than those in the control group. In fact, visceral fat increased in both genders in the control group (those who did not replace their meals) over the course of the 12 weeks. This indicates that drinking one shake each day helped men and women avoid fat gain.

Maintaining, not gaining, fat is helpful for preserving cardiovascular health and blood pressure.

Positive impacts on blood glucose were also seen in men and women who swapped their dinners with shakes made from the Chinese product formulas for three months. This reinforces positive results associated with weight loss and reductions in waist circumference that have been seen in other studies. Retaining normal blood glucose means the body can manage sugar properly, which is essential for maintaining long-term health and stable energy levels.

USANA is dedicated to conducting thorough research that demonstrates the quality, safety, and efficacy of its products. The China Nutrimeal and Fibergy Study protocol was reviewed and approved by the Ethics Committee of Peking University Health Sciences Center.

The results of this study are encouraging. They suggest a way for overweight or obese Chinese individuals to manage their weight and support their health using Chinese formulas of USANA Nutrimeal and Fibergy. It is unclear if similar results would be seen in other populations with different formulas.

Your USANA Guide to Weight Management
Scroll to top