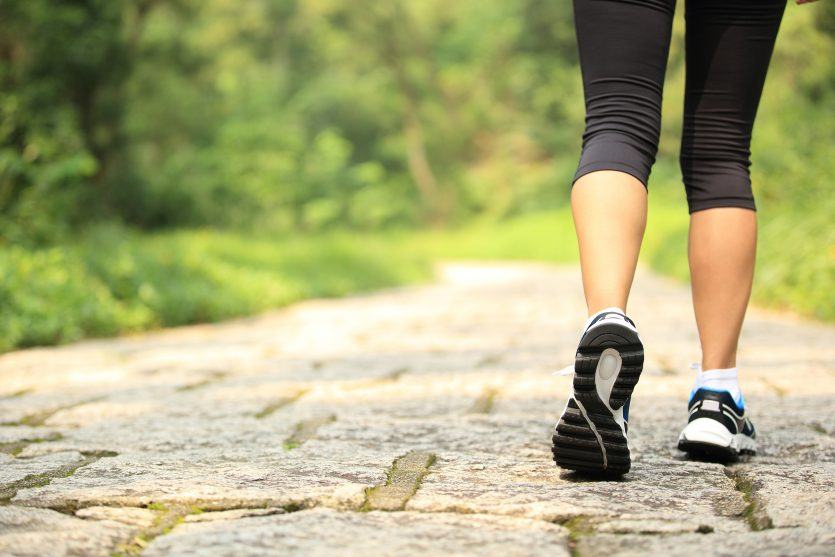 The results of a clinical trial published in Arthritis Research and Therapy suggest that supplementing with glucosamine and taking regular walks can improve pain, physical function, and overall activity levels in adults with mild to moderate knee or hip osteoarthritis.

Thirty-six low-activity participants (aged 42 to 73 years) were provided with 1500 mg glucosamine sulfate per day for 6 weeks. At the end of six weeks, the participants began a 12-week progressive walking program (while continuing to take glucosamine.)

Study subjects were given a pedometer to monitor step counts. They were then randomized into two groups – one to walk 3 days per week, the other to walk 5 days per week. The length of the walk was gradually increased over the course of the program, with 6000 per day being the goal by the end of the 12-week period. Physical activity levels, physical function, and arthritis symptoms were analyzed at the beginning and at 6, 12, 18 and 24 weeks.

Physical activity levels, physical function, and pain assessment scores improved during the first 6 weeks of the study (glucosamine supplementation only.) Between the start of the walking program (week 6) and the final follow-up (week 24), further improvements were seen, though most improvements happened between weeks 6 and 12. No significant differences were observed between participants who participated in the 3 and 5 day per week programs.

In people with mild to moderate hip or knee osteoarthritis, walking a minimum of 3,000 steps (approximately 30 minutes) at least 3 days per week, in combination with glucosamine sulfate, may reduce some symptoms of osteoarthritis.