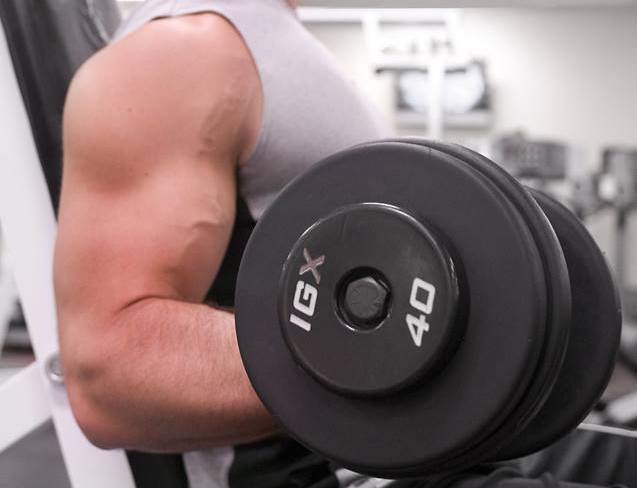 A double-blind placebo controlled study included 24 young health men who consumed either a fish oil supplement (600 mg EPA and 260 mg DHA) or a placebo for eight weeks prior to the exercise. After 8 weeks of supplementation, the men performed 5 sets of 6 maximal eccentric elbow flexion exercises (described in the paper’s study methods), followed by an additional 5 days of supplementation.

This study showed that 8 weeks of fish oil supplementation reduced the level of muscle soreness and strength loss, and improved range of motion after exercise.