In a study published online in the American Journal of Clinical Nutrition, researchers sought to determine the effect of three different doses of maternal vitamin D supplementation on infant serum vitamin D levels when taken during pregnancy and continuing for 8 weeks after birth.

The study included 226 normally healthy pregnant women who were randomly assigned to receive vitamin D dosages of 400 IU, 1000 IU, and 2000 IU per day from the second trimester until 8 weeks postpartum. The infants were not given vitamin D supplementation. Blood was collected for analysis at 8 weeks after birth. 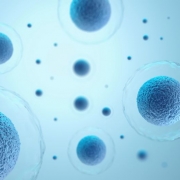 Higher B Vitamin Intake is Associated With Eye-Health Maintenance