Learn the Lingo: What is an Epidemic vs Pandemic vs Endemic 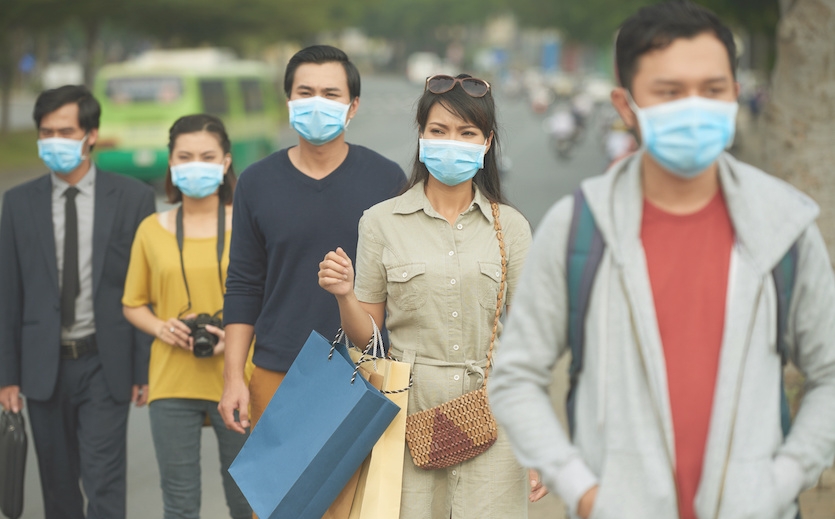 COVID-19 has left its mark on all our lives—including our language. Let’s take a moment to think back on life in 2019. Back before the toilet paper shortages and society’s massive shift to working from home, how often did you use words like “epidemic” and “pandemic”?

Unless you work in the medical field or were talking about a movie, you probably didn’t think much about words like that. Now, it’s difficult for most people to go even a few days without hearing someone use one or both of those words on the news or in normal conversation. Everyone has just accepted words like “pandemic” and “epidemic” into daily lingo—but what does it mean? And what’s this new word “endemic” that other people have been using?

To get to the bottom of that question, let’s dive into the world of those who study diseases for a living. And along the way, take a look at the answer to the question on many people’s minds—will the pandemic ever end?

Epidemiology is the Word: The Study of Diseases

First, let’s look at the branch of medicine that sets the rules for what defines a pandemic vs endemic vs epidemic. This responsibility falls on epidemiologists—the scientists you’ve probably heard from the most during COVID-19. That’s because epidemiology is the study of the causes, risk factors, and spread of problems that threaten public health within specific populations.

Epidemiologists identify these potential threats and investigate them just like a detective investigates a crime. Their goal is to study the problem, figure out how it started, who’s most at risk of being affected, and determine the best course of action. They also look at ways to prevent the problem from getting worse.

Like any science, epidemiologists’ work is ongoing as they learn more about the threat, and the threat itself evolves and changes. Whenever you heard about the six-foot rule of social distancing or learned about when you should wear a mask, you were seeing the work of these scientists.

When you first heard of COVID-19 in the end of 2019, it was described as an unknown type of pneumonia spreading quickly through millions of people in the city of Wuhan, China. Eventually, that virus spread past the city’s borders and throughout the rest of the country—until finally crossing oceans and borders.

In those first few months, the COVID-19 virus outbreak was an epidemic—a disease that had rapidly and unexpectedly spread through a large number of people within a specific population or region. There have been many other epidemics throughout the history of the world, including the smallpox, measles, and polio.

When an Epidemic Becomes a Pandemic

In some cases, an epidemic disease can move on to become a pandemic—an epidemic that has rapidly spread across borders into other countries and continents. The prefix pan- in pandemic means “all,” just like Pan American means “all the Americas.”

Not all epidemics move on to the next stage to become a pandemic. Some epidemics flare up and die out quickly before they can make the jump and go global. However, once the disease spread picks up and cases start to skyrocket as it spreads out from its country of origin, an epidemic arrives at its next definition and becomes a pandemic.

When a Pandemic Becomes Endemic

So what’s the next step after a pandemic? In some cases, like polio, the widespread use of the polio vaccine in the United States got rid of the disease to the point that there hasn’t been a polio case in the country since 1979.

In other cases, the disease slows down, and fewer and fewer people get sick until the virus isn’t actively circulating through the population. Occasionally, there will be outbreaks that are quickly identified and monitored to prevent them from spreading. This is the case with measles. An outbreak happens when there are new disease cases in a population or region where the disease normally isn’t.

Then there are the diseases that slow down but don’t ever truly go away. They continue circulating within a specific population or region. Enough people within the population have immunity either from getting the disease or from vaccines, making it more difficult for the disease to spread as fast as it once did.

At some point in this process, the pandemic becomes an endemic—a disease that’s in constant circulation within a specific population or region. To remember the difference between epidemic and endemic, think of the “end-” in endemic. It makes an endemic a potential end to a pandemic.

Malaria is an example of an endemic. It’s mostly found in tropical countries and rarely spreads outside that confined range (and when it does, that’s classified as an outbreak).

Eventually, COVID-19 is expected to become an endemic disease. It won’t ever truly be gone, but as more and more people acquire some form of immunity, the severity and number of cases will decrease. Most scientists think COVID-19 will eventually become like the flu, where cases are worse during some seasons but the disease itself is always present.

So will there ever be an end to the COVID-19 pandemic? The answer to that is—yes. Eventually. But the disease itself won’t go away completely, and only time will tell what the COVID-19 endemic future will look like.

Delve into the Psychology of Body Image, Body Positivity, and Body Acceptan...

Adolescent Health 101: 8 Tips for Staying Healthy as a Child and Teen
Scroll to top